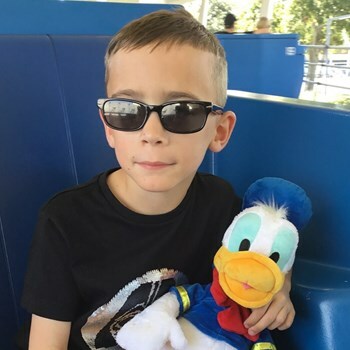 Tyler was born 11 weeks early back in 2009 and when he was about six months old we noticed he wasn’t focusing properly and his eyes had a severe wobble.  After 18 months of tests it was confirmed he had a condition called Nystagmus which would affect his eyesight for life.  When Tyler was 7 we went back for the same tests because he was older so could be more in-depth and they found he actually had three eye conditions the first one being cone retinal dystrophy which caused the secondary eye condition of nystagmus then finally abnormal optic nerves.  They are still running tests to see why it has happened but this may be something we never know.  Tyler has been registered severely sight impaired since he was two years old and manages remarkably well on a day to day basis but really struggles with bright lights and sunshine which leave him virtually blind.  Tyler needs support when this happens which is either someone’s arm/hand or his white stick to make people aware and he wears his dark glasses 95% of the time.  Tyler really doesn’t let his eyes hold him back and is looking forward to doing this walk to raise money for the Nystagmus Network charity in his favourite place London.  We as his mum and dad are so very proud and will be behind you 100% Tyler.  Go team Tyler’s Titans 😍

Trudy is fundraising towards

Eye to Eye is a great way for patients, staff, friends and family to raise funds for Moorfields Eye Charity and to show their support for or honour a loved one. Choose between walking 4 or 14 miles and make it even more fun by forming a team and walking ...

Are you looking to fundraise for this team? You can join with the link below... 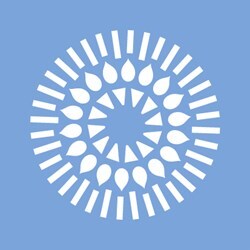 Charity profile
Go Tyler
Tyler was born 11 weeks early back in 2009 and when he was about six months old we noticed he wasn’t focusing properly and his eyes had a severe wobble. After 18 months of tests it was confirmed he ha

You can now invite others to join your team using the page link.
Continue
Close
Confirm

You are about to remove the message and all replies. Do you want to proceed?